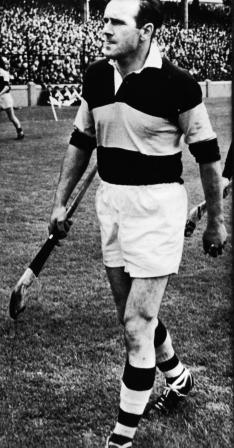 Left-Full-Back on Tipperary Team of the Millenium – 1999.

John Doyle first wore the Tipperary jersey in the 1946 minor championship when he lined out at  right-full-back on a team which lost the All-Ireland Final to a controversial scrambled goal by Dublin which gave the Leinster team a a two point win. John made amends the following year when Borris-Ileigh’s Paddy Kenny captained Tipp to minor victory, and was still eligible for the minor grade in 1948 when he lined out at midfield for Tipp. However, success was to elude him on this occasion with the eventual All-Ireland champions Waterford, defeating Tipp well.

John was immediately called into the senior squad and played as a substitute in the 1948 National League Final when Tipp lost to Cork. Tipp who had lost in the first match to Limerick in each of the previous three years again faced Cork in the first round of the 1949 Munster championship. This game ended in a draw at 3-10 each, and Tipp made a few changes for the replay. One of these changes was the championship debut of John Doyle at left-full-back. It was to be 1968, nineteen years later, before the county lined out in another championship game without the familiar figure of the Holycross man.

By the time he was 21 John was the holder of three All-Ireland senior medals. When Cork thwarted Tipp’s bid for the fourth title in a row, it was the start of a comparatively barren spell for Tipp. Cork were to defeat in the Munster Finals of ’53, and ’54 as well, while in the next three years Tipp failed to reach the Munster Final. Despite the lack of success in the championship, Tipp were enjoying great success in the National League and by 1957 when Tipp beat Kilkenny by seven points in the final, John Doyle was winning his sixth League medal. Despite being just 27 years old John was on the brink of joining his 29 year old club-mate Pat Stakelum in retirement. However, John was persuaded to remain on and was given a new lease of life when moved to the left-half back position where he flourished in the relative freedom of the half-back-line demonstrating as Irish Press GAA correspondent Padraig Puirseal said many years later that “he was a master of all the skills” – a fact he also demonstrated when operating at centre-forward for his club. He gave a man of the match performance in the 1958 Munster Final against Waterford, and was equally dominant when Tipp dethroned the champions Kilkenny in the semi-final on the way to John fourth All-Ireland medal when Galway were the victims. 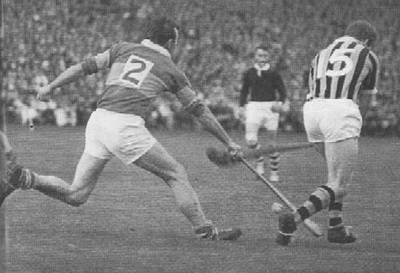 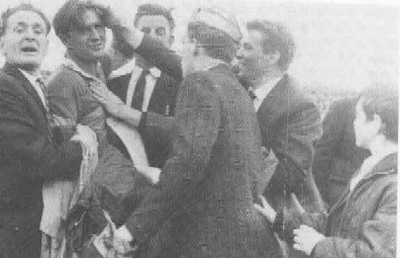